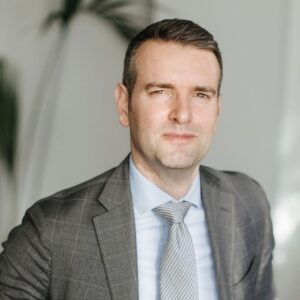 State Secretary for the Development of Circular Economy, Energy and Climate Policy, Ministry for Innovation and Technology, Hungary

A graduate of economy of the Corvinus University in Budapest, Attila Steiner was appointed State Secretary for the Development of Circular Economy, Energy and Climate Policy of the Ministry for Innovation and Technology on 16 January 2021. Prior to his appointment, he was State Secretary for EU Affairs of the Ministry of Justice. Previously, he worked as Deputy State Secretary for EU Relations within the Prime Minister’s Office. Earlier stations of his career include the position of a political advisor in the Prime Minister’s Office where his work focused on energy policy. Previously, he served as a political advisor in the European Parliament, also in the field of energy policy. Apart from his native Hungarian, he speaks English and German, and has an intermediate language skill in French.