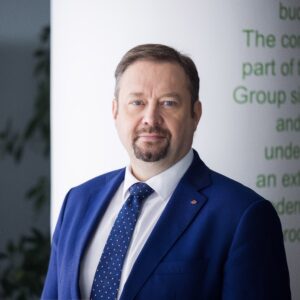 Member of the Executive Board, OMV Petrom

Franck Neel studied Energy at the University of Rouen and received an Engineer Degree and then followed a Master of Mechanical Engineering at Cranfield University in the United Kingdom. Later on, he earned an Executive Degree from the London Business School. He spent 25 years working for the Group Engie. Thus, he started his career at Gaz de France in the engineering department for 7 years and then moved to Marketing and Sales with different functions in different countries such as France, Czech Republic, Hungary, Netherlands, Italy and UK before joining OMV Petrom. He was appointed member of the OMV Petrom Executive Board as of July 1, 2018 and President of FPPG as of January 30, 2019.