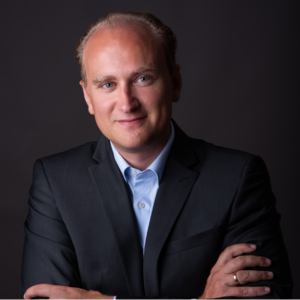 Gáspár Balázs obtained his Master's degree in International Economics in 2008 at the Sorbonne Nouvelle University in Paris. In 2015, he graduated from the Corvinus University of Budapest as a specialized economist with an Executive MBA degree. He speaks fluent English, German, French and Romanian.

Since 2008, at Alstom Transport Hungary Zrt., he has been responsible for customer relations in the BKV metro 2 and metro 4 project, and from 2010 he has held the head of business development and sales position during six years.

Between 2016 and 2021, he held the position of Business Development and Sales Director at the French-Hungarian joint venture Thales Rail Signaling Solutions Kft., which develops and implements railway automation systems.
He rejoined Alstom in Hungary in September 2021 and took over the position of CEO from November 2021.