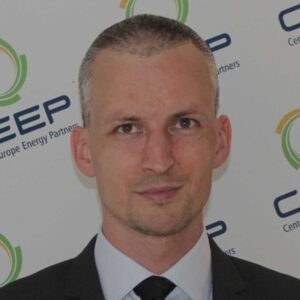 Jakub Groszkowski is the executive director of Central Europe Energy Partner – a Brussels-based non-profit association gathering energy and energy-intensive companies from Central Europe. Prior to joining CEEP, Jakub Groszkowski held various positions in media outlets, think-tanks and the energy sector in Warsaw and Brussels. He started his career in Polish public-service radio. In 2009 he joined the Centre for Eastern Studies (OSW), where he covered issues related to the Central European region as an analyst, and subsequently as the head of Central Europe Department. In 2020, Jakub Groszkowski joined PGNiG and worked at its Brussels office until April 2021. He holds a master’s degree in political science from the University of Warsaw, Poland.