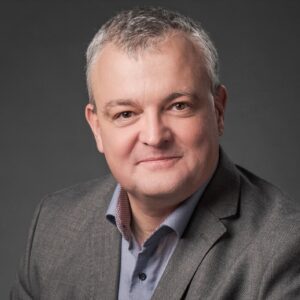 Zoltán Jászberényi has more than 20 years of experience in the energy industry. He has held various senior positions in several international companies, being a member of E.ON's Board of Directors for underground gas storage facilities for six years, then Chairman of the Board, and since 2011 he has managed Dunamenti Power Plant for four years, leading a major reconstruction. to increase the power plant’s market position. Later, he took part in a significant product development process in the digitalization transformation of the energy sector, as the head of Cason Zrt.

He has been leading Pietro Fiorentini's Hungarian subsidiary since 2017. The center of Pietro Fiorentini is in northern Italy. The Company has been present in Hungary for 30 years. With full experience in natural gas supply value processes and more than 2,000 employees worldwide, Pietro Fiorentini develops products, solutions and services for the energy sector and is a market leader in this field. Pietro Fiorentini and within it Fiorentini Hungary Kft.

In addition, Zoltán Jászberényi previously played an active role in the Brussels organization of GIE - Gas Infrastructure Europe and was a co-author of the professional publication entitled “Operation and Regulation of the Hungarian Natural Gas Sector I”.